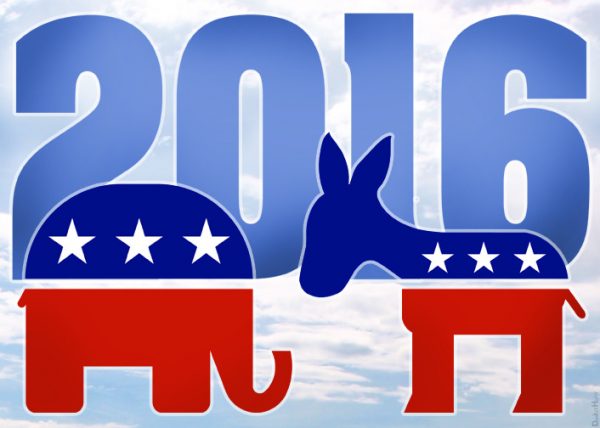 When US Citizens walk into their voting booths in November 2016, they will not only be choosing the next leader of the free world, but also will be making an impact on the scrap metal industry, including markets. To give you a better idea, we have some of the things to expect and be aware of so you are educated on how the 2016 Election is affecting the scrap metal industry.

When the US Presidential Election race started heating up in 2015, it was also in the middle of one of the worst drops in scrap prices in the last decade. So when we started to hear all of the new plans and ideas for the country it was inevitable that we would look at the condition of the scrap market simultaneously. Below are some things that are affecting the scrap metal industry leading up to the big vote in late 2016.

While the scrap metal market normally relies on different commodities, the election season has sparked some more uncertainty across the global market. The future of trading commodities and the value of other industries causes some unrest among traders and therefore can affect the scrap prices further. This can Lead to a slower recovery from low prices and also cause more drops in prices depending on the confidence that the trading markets are having in the upcoming election. This is largely due to the different economic policies from each possible candidate.

Whether it’s the US, a European nation, or another economic major nation in the world, major elections almost always have a strong possibility that they will directly and indirectly affect the scrap metal industry. It’s not only from the proposed new regulations or policies from the politicians, but also from the weariness of what state the economy in that particular nation is. For the US, one example could be the lack of construction that can be affecting it. Or it could also be any proposals of international business and jobs.

Depending on the results of the 2016 US Presidential Election, the scrap metal market could still see some lower prices or at least be affected for a longer period of time. Just like any other year, scrap prices have a larger number of factors affecting the current prices. How an incoming President’s economic policies are, how they intend to help stimulate the economy, and how they want to invest in the overall infrastructure all are determining factors on the scrap market.

What Policies Are Going To Be in Place

How the US economy wants to work with exports and import taxes and fees will affect scrap prices…but so will many outside influences such as the development of other countries. You could look back to China in the 1990’s through 2010 and the large growth that they had and look towards other countries that may follow that growth going forward.

Depending on how the country and the world react to the newly appointed US President, the scrap metal market could see significant changes and swings in prices based on the confidence in the new economic model (if any) that is going to be set in place by the new president. This can greatly affect production of goods and services within the US, however it could also hurt if those jobs are being affected globally on a higher scale that can reflect on the worldwide stage of the scrap industry.

Stay In The Know

If you are part of the scrap metal industry, it’s important to be knowledgable of the US Presidential Race and how it can affect prices at your local scrap yards. In general it’s also make sure to stay updated on the current policies in place from other political influences  to understand how the scrap industry is affected.