We have heard many stories over the years about different catalytic converter pricing and how people always feel like they are getting cheated while selling their cats. Well…we hear you and have even been in that boat before, not knowing what something is worth is one of the hardest things to do when scrapping because you are essentially trusting whatever scrap yard or catalytic converter purchaser to tell you the truth…that’s tough.

So, let’s take a step back and talk about where the prices for catalytic converters come from and go from there.

What’s Inside A Catalytic Converter? 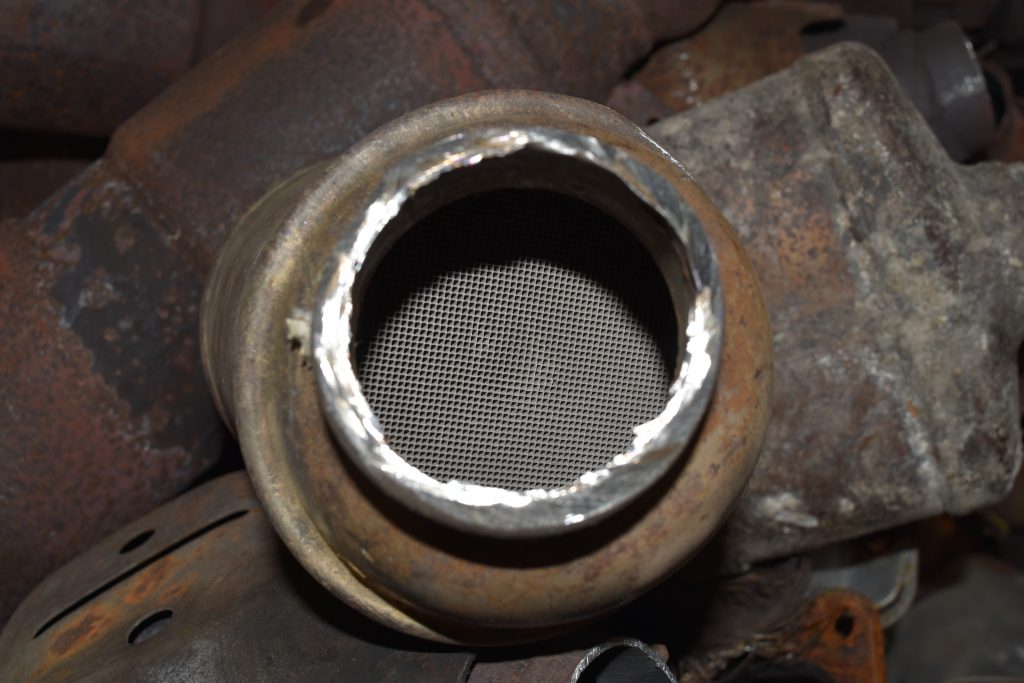 That has been a question we have heard and talked about many times, but we want to try to make it a little clearer to learn. There are three primary metals that are used inside of converters as well as other materials. 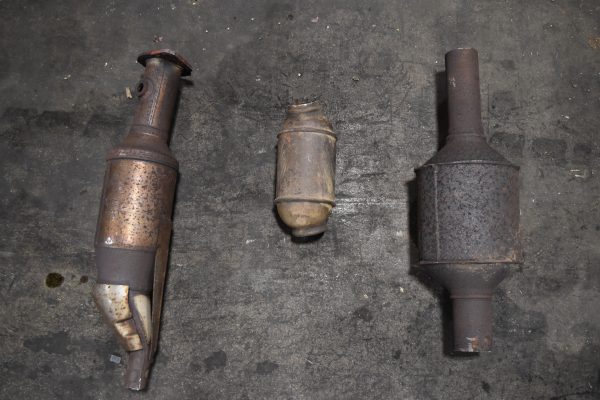 If you want to compare a catalytic converter pricing to copper wire it may give you a better idea of the recovery and the markets. Let’s take a basic wire like THHN wire and do a comparison. Copper is relatively easy to price because it is traded and a pound of copper will equal whatever the market is at today. So, for our example let’s say it is worth $1.00 per pound (hope it is higher when you are reading this!).

That was easy right? Straightforward? Sure! But how do we do that for catalytic converters that is the problem. The everyday scrapper, auto wrecker, parts guy, or scrap yard generally cannot do that because they need to have a lot of the same type of cat to get that percentage of each precious metal, and THAT is very hard to do.

100 Pounds of Catalytic Converters could have various amounts of those precious metals compared to the next 100 pounds. This problem is why catalytic converters have to be priced per piece, not by weight.

How Much Metal Can You Recover From A Catalytic Converter?

Let’s say that platinum is worth $100 per ounce in today’s market, a nice round number (again…we hope it’s worth more than that while you are reading this!!!). You find a car that has a catalytic converter, and just by chance, you have the ability to refine that cat down and get just the platinum recovered from it. Assuming none of the inside honeycomb was missing and assuming that the recovery goes perfectly, maybe you get 0.5 ounces of platinum out of it, which multiply by $100 per ounce would equal $50.

Now you may think that that cat is now worth $50, but you are not taking a few things into account. The recovery process, waiting to get paid, profit from whoever you would be selling it to, etc. All of these will maybe make the cat only worth $30 on the open market and that is where the price will actually come from.

What Are Diesel Catalytic Converters & DPF’s

Since the late 2000’s the use of DPF’s (Diesel Particulate Filters) have been introduced into the diesel world as a form of a new catalytic converter. With diesel engines generally being a dirtier burn than gas engines, there was a problem. We are sure that many of you have been driving and have seen that black smoke billowing out of a dump truck or tractor trailer on the road and said…yuck! Well, so did many auto and truck makers and started to do something to change it (new laws helping to cut down on greenhouse emissions also had something to do with it).

These new DPFs have been able to help cut down on the black smoke emissions and been able to help diesel trucks, vans, buses, and other cars burn much cleaner, more efficient…..and have created a new category of catalytic converters for scrap!

These DPFs and the catalytic converters that will go along with them generally have a much higher value (anywhere from 3 to 200 times!!!) then the older catalytic converters off of earlier models of the same vehicles and trucks. Thus…we have seen the scrap prices really start to flourish since many of these vehicles have been on the road since 2009 or so!

How To Know The True Price Of Cats 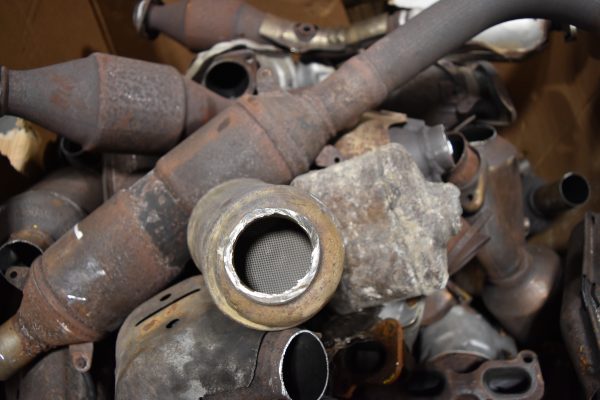 One answer…impossible, but we will explain. Unless you have 100 catalytic converters off of the same vehicle, all containing the same amount of material and are able to do an assay of those cats through a trusted processor it will be very hard to know the number of precious metals inside. This is why scrap yards and catalytic converter buyers exist, to buy these from you (at hopefully a fair market rate) and be able to then pair these together with other cats that they have and ship them to downstream vendors and processors.

The value of catalytic converters per piece comes from many buyers doing large assays of the same type of cats, knowing what the recovery of precious metals will be from the inside, and then being able to use a formula based on the spot market pricing on the platinum, palladium, and rhodium markets to create a price.

Advice on Cashing Catalytic Converters In

Watch two primary markets, platinum, and palladium. These are the two largest indicators for the market and how the recovery for catalytic converters will happen down the road….compare the prices to the last 12 months of pricing, or even 5 years and you can see where the metals markets are and where the prices could be.