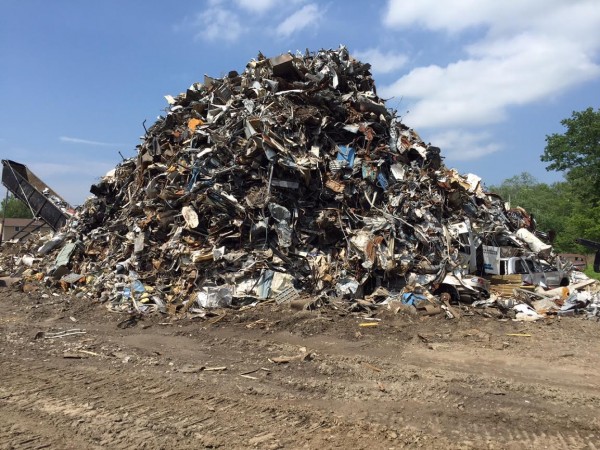 Everyone looks at the steel prices when scrapping as the worst part of their “scrappy” day…but the low steel prices are hurting people on the other end of the recycling cycle.

With steel prices dropping more then 70-75% from August 2014 through October 2015, the entire industry related to metals have taken notice. It is different to think that some people (like large auto-manufacturers) can benefit by very low prices, but many people can get hurt deeply because of low prices on many metals, in particular, steel.

If you want to read an article that talks about this more check out this article by CNN Money about the steel slowdown. The entire metal related industries gets hit with these low steel prices and it is different to think about how each gets affected in their own way. 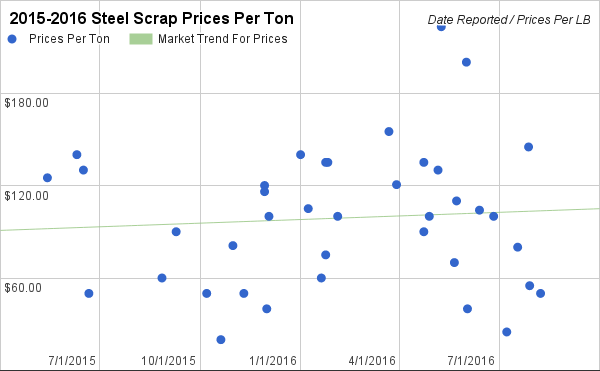 Let’s look at a larger company like Caterpillar, a major producer of machinery. When they buy large amounts of steel they need for building their machines they have big deliveries…and their pricing is most likely based off of current commodity prices. They want these prices to be lower so they can produce and build machines larger and then from there they can sell the equipment to towns, demo companies, scrap handlers, municipalities, and other types of large commercial businesses across the world.

When the prices of steel get so low however, a major segment of the industries like scrap metal companies, demo companies, and oil rigging companies will need much less equipment and that will hurt the sales numbers for a large company like Caterpillar.

Steel prices going down stinks for all types of scrappers, but it really affects so many other industries that are connected to scrap. Outside trucking companies will have less hauling to do because scrap yards are either holding onto material waiting for the prices to go up or because there is just less material to get shipped.

Just another perspective that you have to think about when you are talking or living in a scrap metal world.